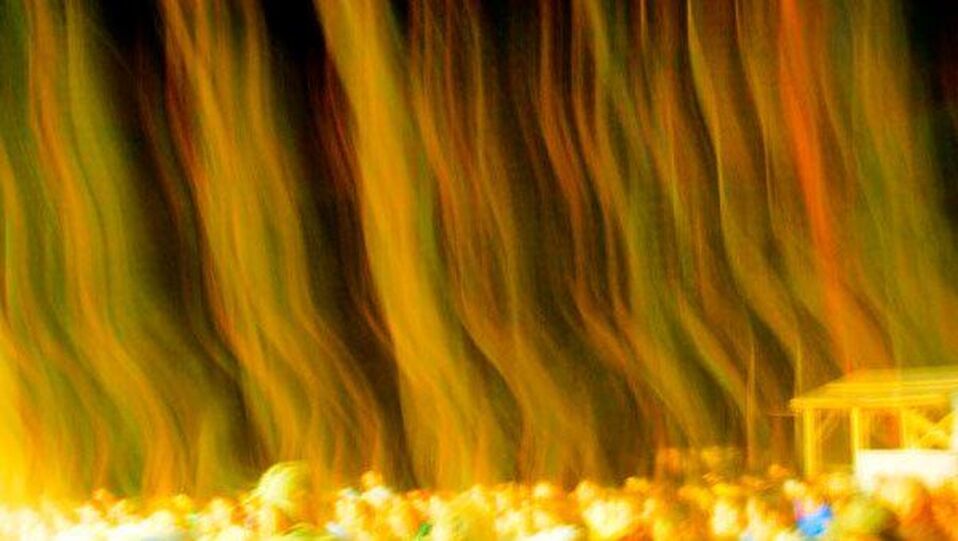 Boermans present research lies (very broadly speaking) within the field of atmospheric humanities, an area of critical debate that “that seeks knowledge through understandings of the political and socio-cultural dimensions of atmospheric experience, knowledge and practice." To root her research journey between two places (that of Scotland and that of Aoeteora New Zealand) Boermans is grounding it within an "inbetween" space, and situating it from a metamodern position. Boermans is asking such questions such as: How might processes of translation and/or reinterpretation, realised through affective resonance, that is, gestural movement in relational cosmological space, inform a new intercultural pedagogy in New Zealand? How might “gestural language-learning” extend to both interior and exterior space? How may the consideration of our relational position in the world as “musical encounters”, be considered as ethical acts of processual exchange?

“…to move beyond critique into vision and method.”
(Rowson. J. Metamodernity: Dispatches from a Time Between Worlds )

Metamodernism synthesises the best from modernism and postmodernism: the modernist interrogations of the roots and validity of traditions, challenging rationalism and useless rules or systems, the insistence on imagination and inspiration – coexist side by side with the postmodern openness to dialogue, its multiculturalism and inclusiveness of the other (women, minority groups, indigenous people), challenging hierarchies and metanarratives, merging of art forms, interest in Everyone’s life and the context of his/her existence. [Alexandra Dumitrescu]

The theoretical insight and creative potential of the metamodern are greeted with enthusiasm by growing numbers of academics and researchers in - among others -  literary, artistic, sociological, philosophical and (in more recent years), theological circles. With its (contestable) European roots, tracing back to the late 70’s, the Metamodern Movement (MM) is gaining traction. Now, two schools of thought are surfacing (as illustrated in a recent google-doc list, published in The Sideview, 2020), that of the Dutch school (cultural metamodernism) and that of the Nordic School (political metamodernism). Brent Cooper’s list reveals a significant number of published papers, articles and commentary – 250 to be exact – that have contributed to Metamodern (MM) theory and critical debate since its inception.

It is revealing to note that to date, little interest has surfaced in the pre-2010 definitions of the metamodern as a paradigm of transformation - centered around self-realization, motherly attitudes (belonging to individuals irrespective of their gender), and an ethics of care -  rather than as a late avatar of postmodernism. However, as we approach 2023, signs of the new paradigm are beginning to surface, particularly, among creative practitioners that are women. In a recent article by New Zealand art historian, curator and Adam Art gallery director Christina Barton titled Mother Lode, (Art Now, 8 October 2021) Barton notes a distinct “turn” in the New Zealand art scene, suggesting “something is afoot in the art world that is affording our artistic 'mothers' new attention”. Referring to such practitioners as Robin White, whose lifelong practice has revealed a tireless resilience “true to an alternative set of values”, Barton hints at a “coming-of-age for women [and indigenous] artists, as curators, dealers, and critics alike, come to realize their value, for the reason they resonate with their own ethical outlooks.” A “resilient truth” is surfacing.

Last year a metamodern position (see below) was made-visible to Boermans, thanks to a gifted book, The Metamodern Era by Shri Mataji Nirmala Devi (1976), the mothermotherinitiative and the installation of a process-based exhibition, titled Iteration 12 ( Boermans and Mayn).

“Mother mother is a project that fosters creative connections, providing space for exhibiting artists to make contact with those they admire, who they wish to thank, reach out to, or simply acknowledge. The project taonga is the artist’s invitation to the next artist. This generational process is inspired by storytelling and knowledge sharing in the spirit of our m/others before us. The exhibition aims to activate curatorial practice, challenge normative modes of gallery representation for the benefit of woman artists in Aotearoa.” [Nat Tozer]

Boermans defines a metamodern (arts) practice as one that explores a loosely defined frame that is not static; it is in constant motion. It is a participatory act with intention. It is about entering a space that beckons interaction between self and (an)other. It involves ‘segments’ of creative separation, dialogue and responsive connection. It is curious, playful and giving.  A metamodern work is, in itself, a “positioning” that extends over time, permitting seeds of thought to pass back and forth in empathetic exchange. It asks of the participant(s) to simply “enter-in”, to a space of trust and mutual respect, whereby processual “being” explores fields of change and exchange in “fluid open spaces and transient breathing architectures”. (Yates 2009)

Boermans’ practice explores the process of gesture exchange (activated in silence by curiosity and a desire to communicate), choreographic improvisation and deep learning, to enable a latent space or “affective gap” to thrive. Boermans looks to a “grammar of change” through new modes of perception (relational resonance) to question our relationship with digital technologies and their role in society. Seen as acts of silent activism (in the making) they are ways in which the aesthetic may be linked to the ethical.

Relational fascination was the preoccupation of participatory artists of the ‘60s and ‘70s; practitioners such as Lygia Clark, Allan Kaprow, Yves Klein, Rirkrit Tiravanija and John Cage spent their lives exploring relationships, connections and invisible worlds. Nearer to home, experimental film, sculpture and sound artist, Len Lye spent a lifetime engaging with relational aesthetics. Complete with playful exuberance and (in most cases) kinetic energy, Lye’s work reveals the intangible “Tangibles”[1]. Echoing Lye’s sensibility are the words of British sculptor, Tony Cragg: “the creation of objects and images don’t exist in the natural or functional world but are able to reflect and transmit information and sensations about the world and its very existence.”[2] Throw Rudolf von Laban’s description of movement as “a living architecture”[3] into the frame and Boermans proposes materiality in motion as a form of affective geometry.

Just as Nicholas Bourriaud (Relational Aesthetics, 2010) encourages us to explore art beyond individual expression and personal space towards social contexts and interdependent relationships between people, so the research study Gesture-as-Sign, as outlined in the final chapter of Boermans' thesis, aims to investigate “interdependent exchange.” By “interdependent exchange” Boermans means the interaction between an experienced moment, the memory of it, the actual video capture of it and its “potentiality” beyond its (original) source-timeframe.

Gesture As Sign Research Study (Stage 2) in collaboration with the Department of E Research (CeR), The University of Auckland.

An arts/science research study in association with Andrew Leathwick and supported by CeR, to investigate deep learning techniques and gesture recognition to facilitate gesture exchange between participants. Over a period of 6 weeks a gesture recognition system was developed that was capable of successfully recognising over 30 gestures.